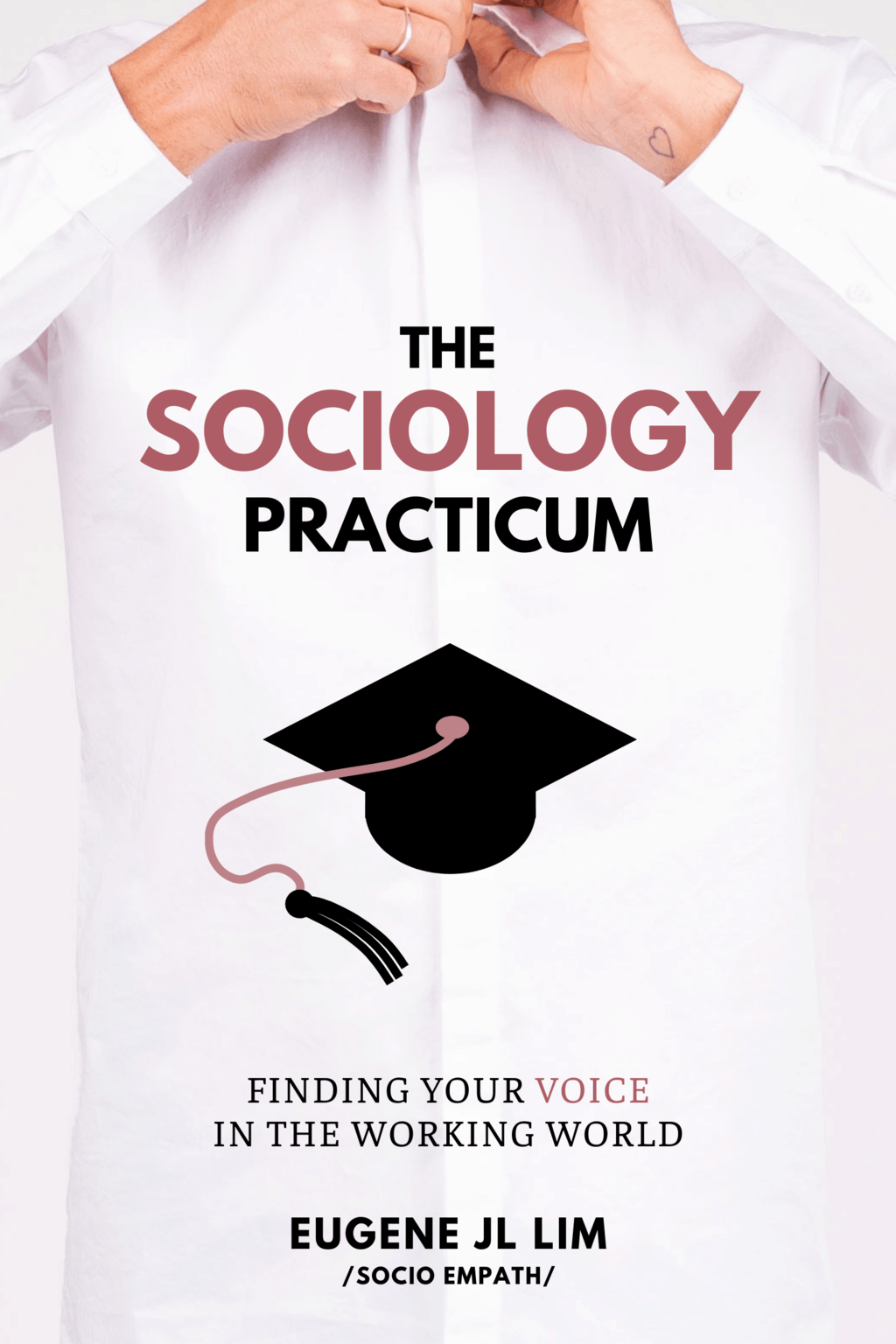 Goh Poh Seng’s If We Dream Too Long is not a historical novel, but it has acquired historical significance with the passing of time. It provides a lens – albeit a flawed one through socially dysfunctional Kwang Meng – into the socio-political circumstances of post-riots Singapore in the late 1960s. Dream surfaces the contestation between reality and imagination in that period, through Kwang Meng’s fate, his representation of other characters and the ambiguous plot conclusion. The dreamers of the day must ultimately admit reality, for it is this concession which makes them identifiable as products of Singapore history and lends the novel historical significance.

Personal origins largely define the characters’ range of autonomy. While Kwang Meng could not afford a university education (7), Portia is headed for London with the help of his extended kins (14). The most viable way to circumvent lower social and economic capital is through marriage, as shown by Hock Lai’s pursuit of Cecilia, daughter of ‘a somebody in the Chinese Chamber of Commerce’ (29). But this is not an option for women and racial minorities, whose biological groups are prejudiced against. Lucy is a clear victim of patriarchy and objectification (18), while Aziz laments how ‘Singapore is very much a Chinese city’ where jobs are kept within the dominant race (131). These individual circumstances show how one’s history provides a firm basis for stratification in less egalitarian times. They reveal an era when jobs are dominated by local trades, as opposed to the globalized market today. This sense of difference lends Dream significance as a lens into past times.

Political circumstances also greatly shape the characters’ fates. Following turbulent times, Singapore ushered in conformity. Political dissenters have been imprisoned while the people they fought for ‘have forgotten them, are on their way to the sea’ (63). Hock Lai typifies the change, as a ‘would-be dragon slayer now going out with the dragon’s daughter’ (29). Kwang Meng complains about how “the sameness of the weather was like a chronic disease with no cure” (30). This appears a metaphor for the reproduction of capitalist elements, such as the ‘imposing Hong Kong and Shanghai Bank building in the shopping district in Singapore’ (30)9. More escapist than introspective, Kwang Meng’s lament is likely targeted at the monotony of his paid work. These conditioned behaviours reveal a lack of real autonomy; a stasis which belies the political upheavals predating the novel. History is thus depicted as the mere unfolding of unchanging realities, certainly still relevant today.

Kwang Meng’s bildungsroman tale exemplifies the triumph of reality over imagination in the 1960s. He embodies an escapist dreamer who subconsciously colours his perceptions – ‘Did he invest the light, the world about him, with his mood or did the light, the world about him, invest his mood. He was uncertain.’ (73) – but eventually succumbs to reality. This is best symbolized by his shifting identification with various physical settings. The sea signified freedom, unlike the swimming pool (2); bars signified escape from the office (81-82), while the home offered little comfort. Yet towards the end of the novel, he felt ‘warmth and closeness’ (106) at the dinner table, and became increasingly committed to work, first as escape from his emotional troubles (79) and then for fear of losing his job after his father’s stroke (150). The bars and evening ships – symbol of the sea – also lost their allure (155). Kwang Meng’s character growth is a reluctant acceptance of reality cued by surrounding events. His fate suggests that dreamers are bound to lose their imagination in the face of practical realities (150)7, and relive the history of their fathers.

Yet Kwang Meng accords differing judgments on other characters, thus shaping their literary fates. While the novel is primarily told from a third-person view, the narration not only revolves around Kwang Meng’s life, but is exclusively filtered through his lens. There is at least an instance when Kwang Meng’s voice takes over outside of dialogue: ‘I’m the only one unsettled.’ (109). Apart from dreamers, there are two other significant categories of characters: realists and balancers. Balancers here refer to those who reconcile reality with imagination without losing either. The latter is clearly given more credit. Hock Lai epitomizes the realist mentality and is constantly rebuffed and inwardly scorned as “utterly unwholesome” (56) by Kwang Meng. Boon Teik, meanwhile, reconciles the necessity of different planes of work “for society to function” with the idealistic goal of “transforming society, so that it’s a better society for their children” (113-15). Kwang Meng finds him listenable to (105). Furthermore, he believes that Hock Lai’s marriage is doomed while admiring the bliss in Boon Teik’s (116-17). These hold power as they shape readers’ judgments. Nonetheless, it must be observed that both balancers and realists end better off than dreamers. Those who do not ‘dream too long’ will forge a better destiny beyond the prescriptions of history. History need not repeat itself.

The novel’s ending provides a mix of certainty and ambiguity, both of which clarify the historical judgment on navigating reality and imagination. It is certain that Kwang Meng has changed internally to fit his external obligations. This is encapsulated in his final remark, when he recited ‘Yes madam. I go with all convenient speed’ (155). This was the one-liner his character Balthazar spoke in a school production (8), thus implying that he has accepted the fate of playing a minor role in history, without ever finding meaning. Yet the ending leaves some questions unanswered: Does he get together with Anne? Does he continue to meet and be influenced by Boon Teik? Though he seems to withdraw from them (152) and the books symbolizing Boon Teik’s positive influence (151), it is far from definitive. Instead, it is significant that he does not mentally reproach them, as he does his favourite Uncle Cheong (152-53). Revisiting his last act, Kwang Meng did not answer the English tourist’s request for directions. This may reflect his belief that one has to find one’s own directions, and he is not at liberty to do so for others. It may also indicate retention of his imaginative streak, not completely lost to reality. In any case, such uncertainty evokes the feeling that despite his painful maturation, there is finally no real finality. History is thus a matter of interpretation.

The literary background of Dream further clarifies Kwang Meng’s historical significance. The novel is dated October, 1968, coinciding with the time of writing. This reflects a work based on personal experience, not imaginative recreation – necessary for authenticity in language (xlii). Yet the characterization of Kwang Meng – a localized version of ‘the outsider’ (xliii) – shows that despite its grounded approach, the novel is filtered through an imaginatively constructed lens. While a feature of all literary works, this takes on particular agency in novels invested with national or historical significance. Dream’s failure to achieve local popularity despite literary acclaim till recent years (xliv) suggests that its true appeal indeed lies in it being a mirror to Singapore’s past. Kwang Meng’s naivety evokes sympathy towards his fate, making readers more receptive to his dreamy perceptions. His story thus shapes history as construed by readers, effectively challenging predominant narratives of the 1960s. Yet it is also the gradual acceptance into reality which makes him identifiable as a victim of circumstances in historical Singapore. If Kwang Meng gets his wish and becomes a sailor, for instance, he would offer a far weaker reflection of young Singapore, and not achieve its acclaim as the first Singaporean novel (xviii). He is therefore bound by history unlike his readers, who can actively reconstruct their understandings of past times.

Dream may appear a cautionary tale for dreamers, but as a lens into Singapore history, it actually empowers them. Kwang Meng gains significance through the telling of his seemingly insignificant life. His perceptions constantly draw readers towards imagination, even as he is gradually pulled towards reality. These inner tensions mirror that of the wider socio-political environment, which is marked by both change and stasis. Yet even as Kwang Meng appears to succumb to reality, he keeps his imaginative streak. The ambiguity of the ending confirms the notion that history is not final. He does not inwardly reproach Anne or Boon Teik at the end, the way he does most other characters. This represents an opening for him to reconcile reality and imagination without losing either, furthering his character development. Dream thus offers solace to dreamers who must work to find their places in history.